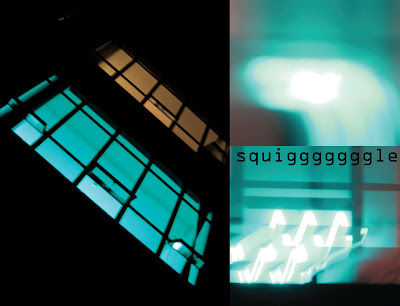 Last night as I got home I noticed that there was an heavenly seafoam glow coming out of one of the second floor apartments. Who lives there? Why does they're place glow seafoam? Why are we not friends? So many questioned rushed through my head! My first instinct was to go knock on there door, but Doug convinced me that that would be 'creepy' and 'rude' since it was after midnight. I reluctantly settled for taking a photo, but I will go meet these awesome neighbours soon... Believe.
Posted by naamers at 10:29 PM