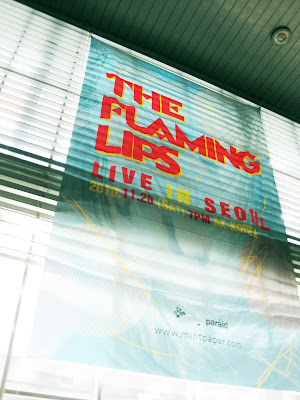 We actually worked our little asses off the entire time that we were in Seoul. Not one day off! But on our last night we really made the most of it.... We went to see the Flaming lips, who were FUCKING AWESOME. Only downside is that we assumed that there would be an opener and that the show would start late, because we apparently forgot that we were in Korea, and missed the begining of the show. Damn. We missed the famous hamster-ball stunt. 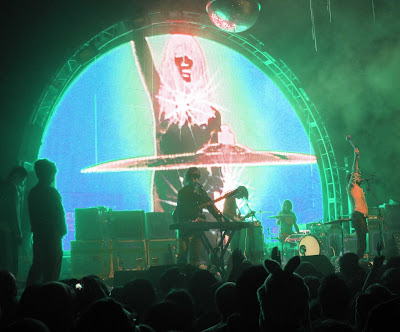 The next morning, when we were all hurting from our hangovers, at the airport we actually met Wayne Coyne and the band in the security line. When I tried to gripe with him about how we missed the hamsterball, i was sassily corrected that "its a space dome" by the man himself. Pure hilarity.
Posted by naamers at 12:35 PM